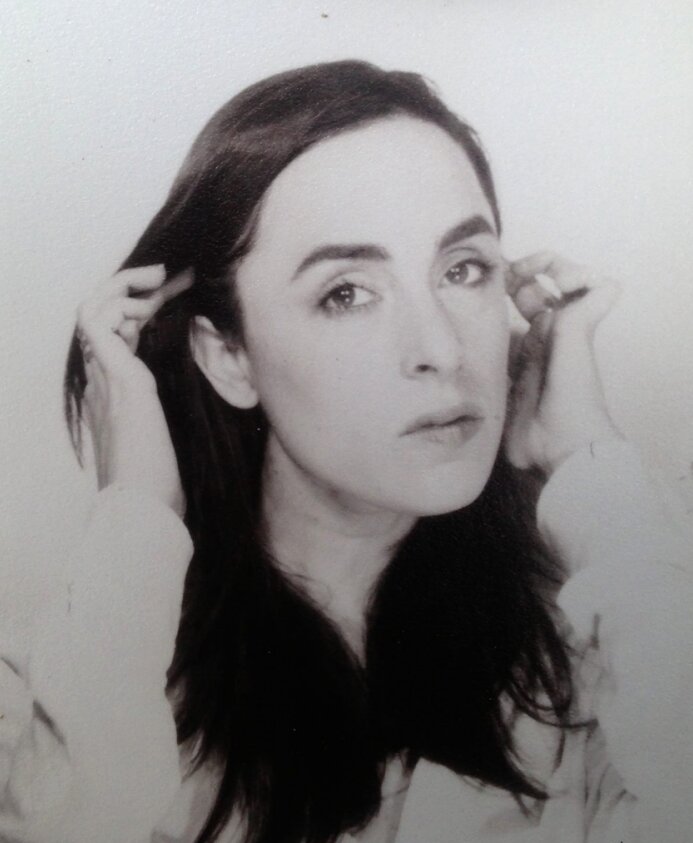 Award-winning production company Saville Productions has signed French-Italian filmmaker Lisa Paclet for U.S. commercial and branded entertainment representation. Paclet is a leading voice in experiential filmmaking and is widely known for her directorial artistry that fuses live-action with VFX and animation, often times blurring the lines between fantasy and reality. Her unique ‘magic realism’ approach has been behind campaign ads for such top fashion and beauty brands as Chanel, Dior, Cartier, Kenzo, Vogue, A.P.C, Yves Saint-Laurent, Opening Ceremony, Louis Vuitton, Estée Lauder, Clarains, NOWNESS, and Issey Miyake, among many others.

Click HERE to view a selection of Paclet’s work. 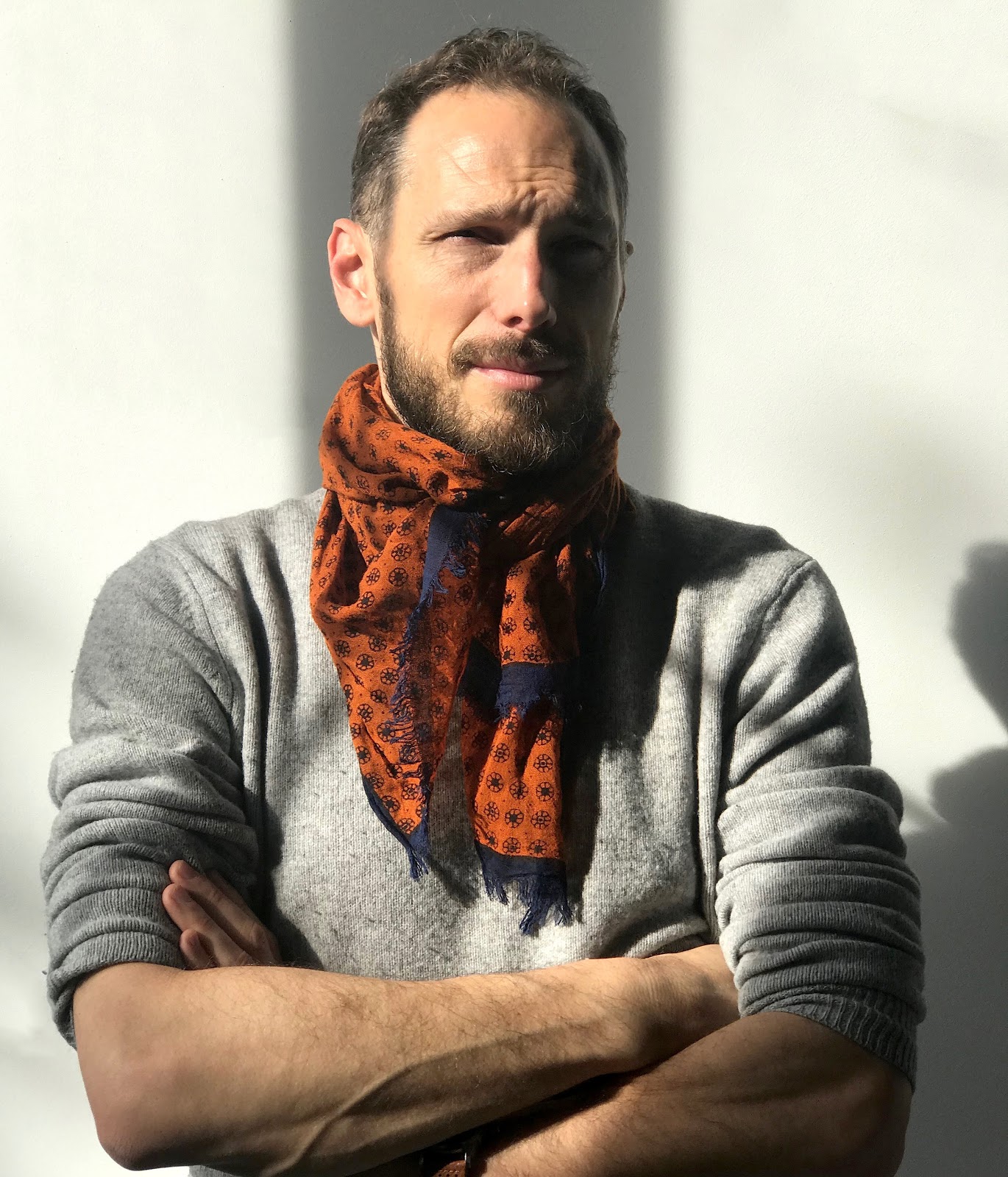 Award-winning production company Saville Productions has signed multifaceted director Julien Zenier for his first U.S. commercial and branded entertainment representation. Zenier is a visually-driven director with a slate of award-winning projects across a wide range of genres including high-fashion, fragrance, lifestyle, luxury car and music, among others. His cinematic visual language fused with poignant intensity has been behind content for top national and global brands including BMW, Levi’s, Agent Provocateur, Peugeot, Thierry Mugler and Azzaro. He has also collaborated with top agencies including JWT, TBWA, Y&R and PublicisEtNous.

Click HERE to view a selection of Zenier’s work.

Continue reading on The LA Egotist. 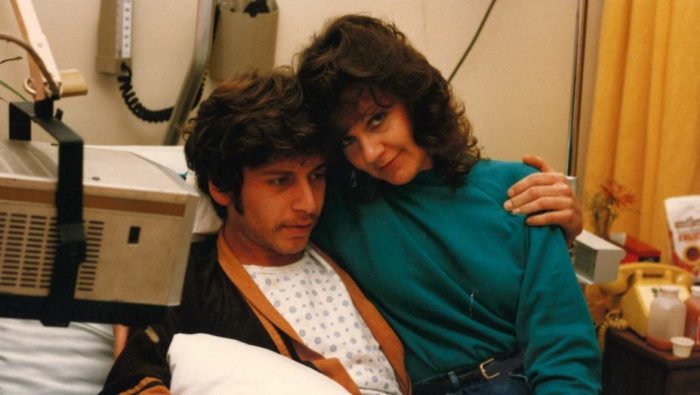 The Hollywood Reporter gives a stellar review of Saville’s new documentary film 5B, co-directed by Dan Krauss and Paul Haggis! Krauss and Haggis pay warm tribute to the nurses and volunteers who set up America’s first AIDS unit at San Francisco General Hospital during the crisis years.

The ravages of the AIDS crisis, the stigmatization of its victims and the shameful prolonged indifference of the Ronald Reagan government have been widely chronicled in both narrative and nonfiction features. But the heroism of the nurses and volunteer caregivers manning the frontlines is a largely overlooked aspect that’s worth remembering. Co-directors Dan Krauss and Paul Haggis set out to do just that in 5B, a stirring assembly of first-person oral history and extensive archival footage that honors the pioneering work carried out in that ward, which opened in 1983 at San Francisco General Hospital in direct response to a state of emergency still being widely ignored at that time.

This is a straightforward, no-frills project built in conventional style around a series of talking-head interviews. Despite a nagging tendency to milk sentiment from wrenching subject matter that requires no manipulation, the doc is notable for its admirably inclusive perspective. It covers both the selfless contributions of people fighting the good fight — gay and straight, men and women, medics and nonprofessionals — as well as the conservative forces who tried to discredit the efforts of 5B staffers to bring dignity and compassion to what at that time was a death sentence. The film will be released theatrically through Verizon distribution arm RYOT in June.

Making up the rules as they went along, the nurses reset the standard boundaries of clinical detachment to make human contact the focus, rejecting the alarmist precaution of hazmat suits prevalent even among medical professionals elsewhere at S.F. General during a time when knowledge of how the infection was spread was still unclear. When one skeletal patient talks about the comfort of feeling another person’s hand on his after not being touched for a year, the then-radical nature of 5B’s holistic approach really hits home.

Continue reading on The Hollywood Reporter. 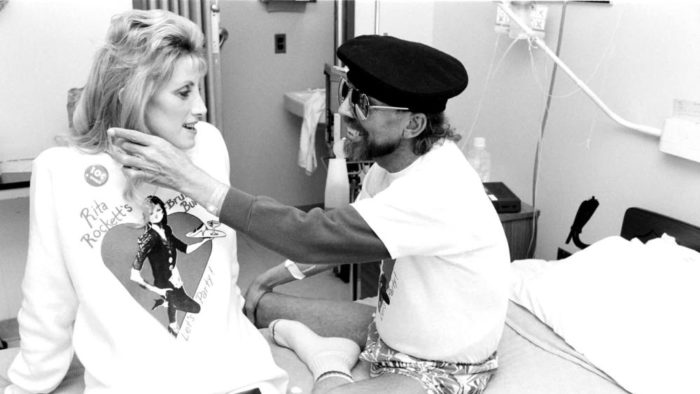 “It was a wonderful place where you could go to die — but it doesn’t take away from the fact that they died.” This is how one interviewee describes 5B, the trailblazing San Francisco hospital ward that pioneered a more humane method of nursing AIDS sufferers during the epidemic’s paranoid 1980s zenith, affording terminal patients the care, understanding and even affection often denied them in a bigoted outside world. It’s a quote that sums up the approach of Dan Krauss and Paul Haggis’s straight-for-the-tear-ducts documentary “5B,” which seeks first-hand inspiration and optimism amid the wreckage of an unavoidably bleak chapter in recent American history. Interviewing nurses, survivors and even one of the ward’s most viciously homophobic detractors to evoke the frenzied us-against-them mentality that once defined a now-manageable disease, it’s conventional, occasionally maudlin docmaking that nonetheless grips the heart exactly when it needs to.

Set to hit U.S. theaters on June 14 through Verizon Media outlet Ryot — following a canny Stateside premiere on the opening night of Los Angeles Pride — “5B” will doubtless find an especially large and receptive audience on streaming platforms. Cinematically, it may be best remembered as the first nonfiction directing credit for Haggis, albeit shared with more seasoned docmaker Krauss (a two-time Oscar nominee for short subjects). For the “Crash” helmer, it’s less of a departure than you might think: Never one to shy away from either blunt-force feeling or well-wrangled viewer manipulation, he’s in his element with a slick, audience-minded doc that, on several occasions, times and withholds key revelations for surprise effect and maximum emotional payoff.

Saville Production’s 5B documentary directed by Dan Krauss will be screening at Cannes! 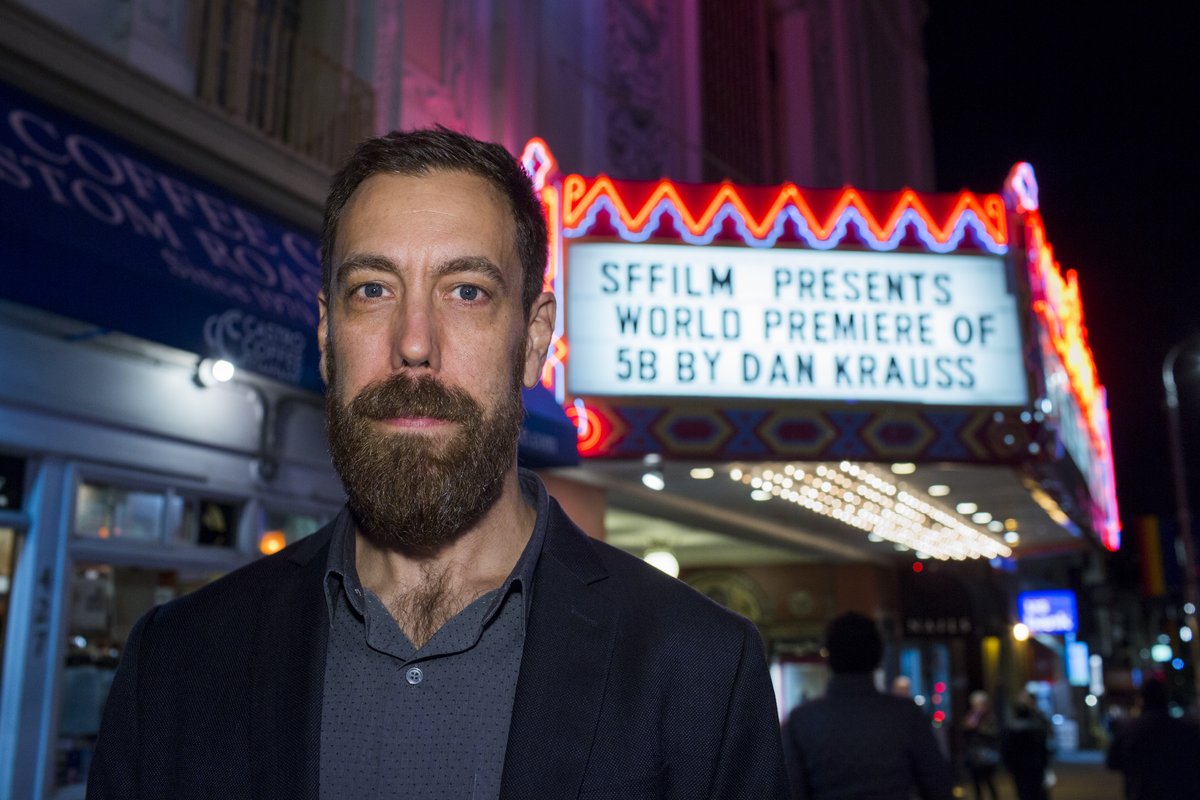 5B (US) – Dir. Dan Krauss
Premiering at Doc Stories in San Francisco last November, 5B is named for the ward at San Francisco General Hospital where Aids patients were treated in the 1980s. Bono will travel to Cannes to show support for this documentary, which tells the stories of care-givers helping deal with the Aids crisis. Director Krauss is Oscar-nominated for shorts The Death Of Kevin Carter: Casualty Of The Bang Bang Club (2006) and Extremis (2016). Rupert Maconick produces for Saville Productions.
Contact: Rupert Maconick, Saville Productions 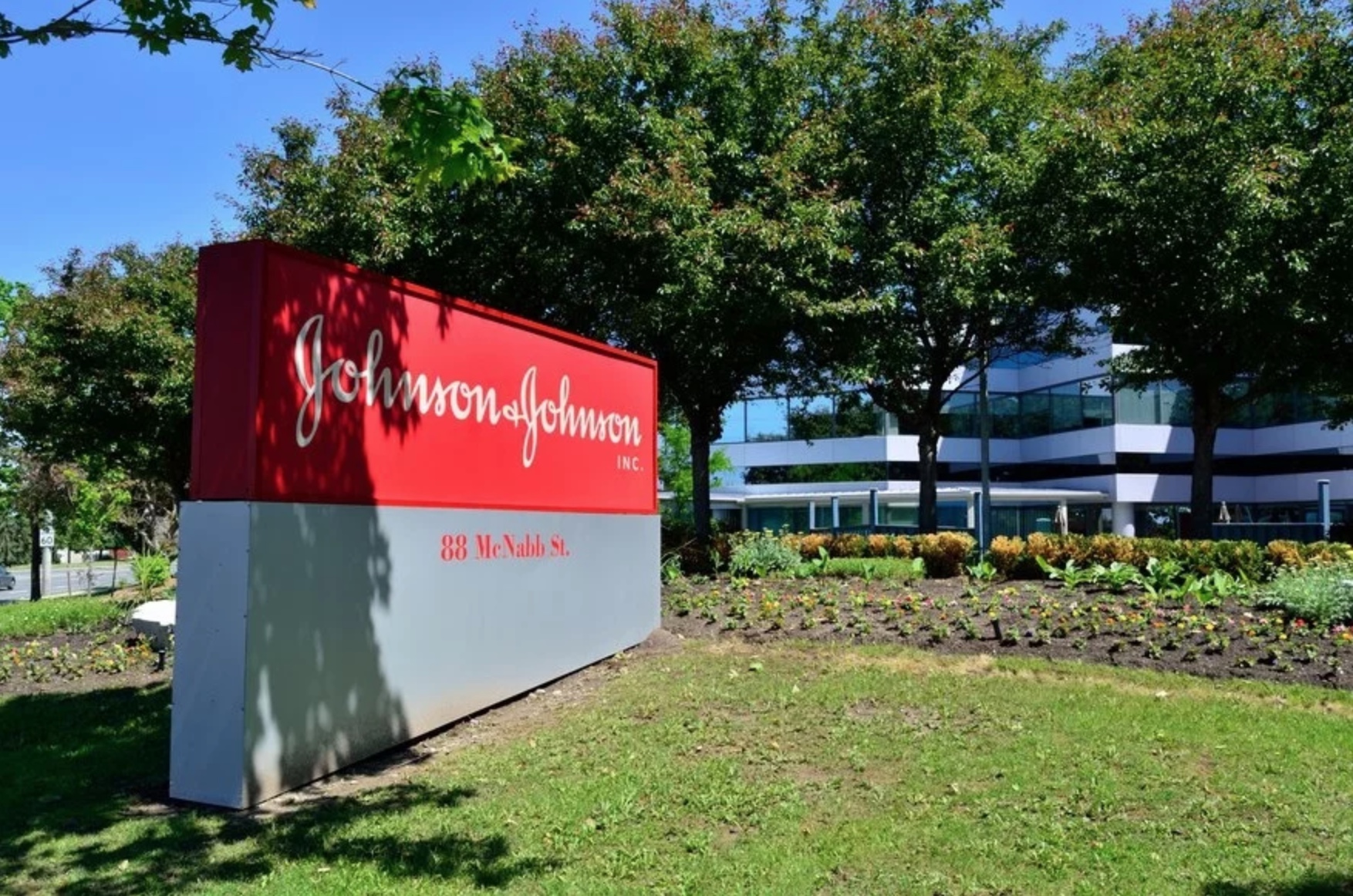 “5B,” documentary commissioned by Johnson & Johnson about a compassionate AIDS ward in San Fransisco in the early 1980s was picked up for wider release. Produced by Saville Productions.

The film, “5B,” was picked up by Verizon Media and its entertainment studio RYOT for broader distribution in theaters and on demand. It focuses on the nurses who founded and opened the first AIDS ward at San Francisco General Hospital, called Ward 5B.

Verizon and RYOT, currently in the news for its celebrity-laden Lil Dicky song “Earth” and animated video collaboration, will debut “5B” at a premiere at LA Pride in June, with a theatrical release that same month. After that, the film will be released internationally, with a video-on-demand rollout in the fall. “5B” has also been selected for screening at the Cannes Film Festival.

Verizon said it will amplify the movie with “additional immersive content experiences using technology to enhance the story, compassion and humanity showcased by the nurses and caregivers at the forefront of the film.”

The film was created by Oscar-nominated director Dan Krauss and Saville Productions, which is known for its branded ad and film work. The documentary looks back to 1983, when extraordinary healthcare workers literally built the AIDS wing and compassionately cared for patients at a time when HIV and AIDS were spreading fast but still wildly misunderstood. 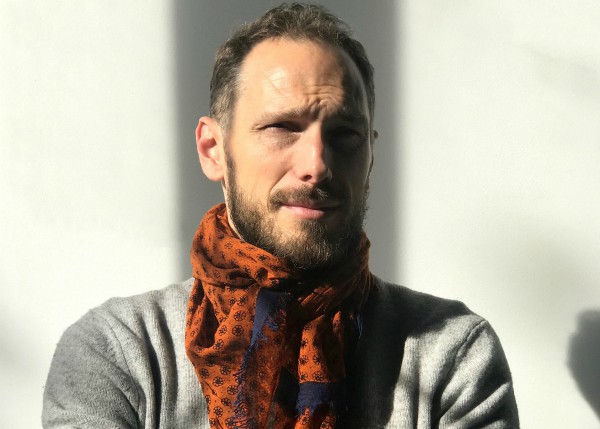 Zenier is a visually-driven director with a slate of award-winning projects across a wide range of genres including high-fashion, fragrance, lifestyle, luxury car and music, among others. His cinematic visual language fused with poignant intensity has been behind content for top national and global brands including BMW, Levi’s, Agent Provocateur, Peugeot, Thierry Mugler and Azzaro. He has also collaborated with top agencies including JWT, TBWA, Y&R and PublicisEtNous.

After attending film school in Madrid, Zenier honed his craft by passionately pursuing a diverse collection of director projects, ensuring that he was constantly challenged to push the boundaries on his artistic approach. This dexterous creative aesthetic led to his feature filmmaking debut with the shocker short-film SNIP, which was developed in one year– and went on to draw high praises across the film festival circuit for its uncompromising vision. He later relocated to the fashion capital of the world, Paris, where he collaborated on top fragrance and fashion campaigns.

Drawn to projects that bring artistry to light, Zenier has also directed music videos for independent artists, and has published his photography in the art book Tierra and Sacred.

“Julien’s work can be seen across a wide-range of industries. His creative versatility and filmmaking experience is truly impressive,” notes Saville Productions Executive Producer Rupert Maconick. “His unique understanding of branded content for global brands combined with his multifaceted skill set is perfectly suited for today’s advertising industry.” 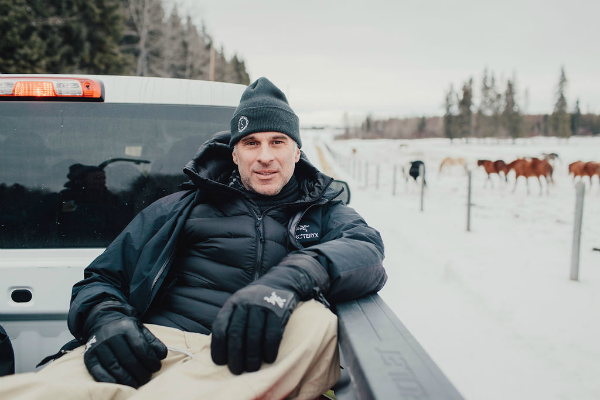 Award-winning production company Saville Productions has signed versatile director Patrick Sisam for his first U.S. commercial and branded entertainment representation. Sisam is a talented director, producer and writer with a slate of entertainment work that spans commercials, TV and digital series, feature films and short films that can be found on HBO, Amazon Prime Video, BBC and others. His directorial experience and understanding of traditional and nontraditional branded content is well suited for the ever-evolving advertising industry, and helping brands create authentic sponsored entertainment.

Sisam has honed a truth-driven approach that fuses his background as a journalist, advertising creative and filmmaker. His dexterous creative aesthetic, which aims to strip narratives of preconceived notions and reveal fresh perspectives and insights–can be seen in content for top brands including BMW, Toyota, Nike, Quaker, The Body Shop, Telus, among many others.

Drawn to projects–both scripted and unscripted–that exemplify creative storytelling and authenticity, Sisam is currently directing the Amazon Prime Video documentary series Vacations of the Brave, which follows the journey of courageous individuals on an adventurous road of self-discovery. Prior to that, he directed and produced the BBC documentary series Stories Without Borders and also wrote and directed the short film The Pool Date for CBC and Bravo. His feature The Year of Getting to Know Us, starring Sharon Stone, Lucy Liu and Jimmy Fallon, premiered at the Sundance Film Festival. His short Love Child garnered industry attention and earned numerous international film festival awards and was bought by HBO. 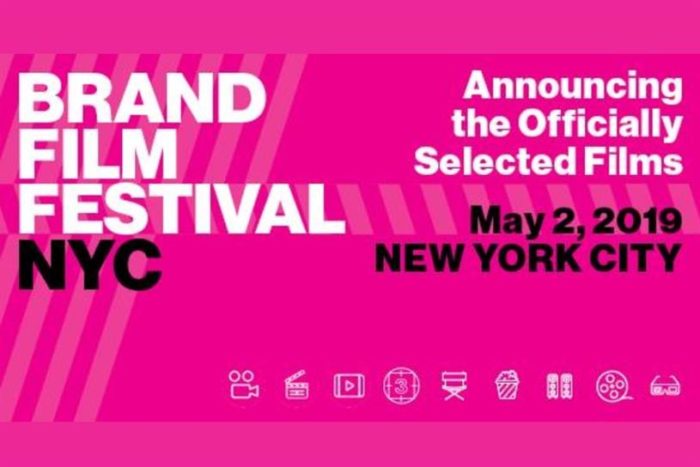 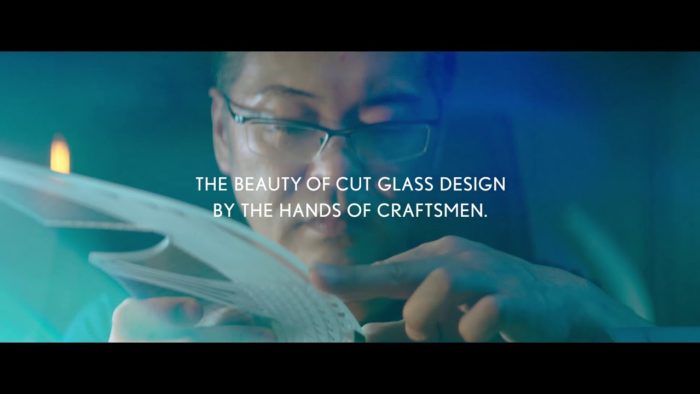