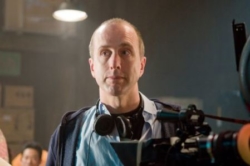 It was the following year, that McTeigue really came to be recognized for his film making expertise. McTeigue was apparently going to act as second assistant director for The Matrix film, that is, until the first assistant director, a friend of McTeigue who told him about the project had to drop out, which saw the Wachowski Brothers make McTeigue first assistant. The film was released in 1999 and became a huge global success.

In 2002 McTeigue worked with George Lucas, as he became the first assistant director for Star Wars II: Attack of the Clones. The following year he was also the first assistant director for both Matrix sequels, The Matrix Reloaded and The Matrix Revolutions. In 2006 McTeigue made his directorial debut, directing the Wachowski brothers’ produced film, V for Vendetta. After spending so much time on The Matrix film series, the brothers gave theopportunity to McTeigue to direct, first showing him a copy of Vendetta graphic novel during postproduction of The Matrix Revolutions. McTeigue has been highly praised since the film’s release in spring of 2006.

McTeigue’s latest directing outing, Ninja Assassin, starring Rain and Naomie Harris was a worldwide commercial hit. The film was produced by Joel Silver and the Wachowski Brothers, and filming took place in Berlin.

McTeigue has also had a high degree of exposure to the commercial genre, previously directing action packed campaigns for Samsung, Heineken and Powerade and acting as assistant director on more than a hundred commercials.