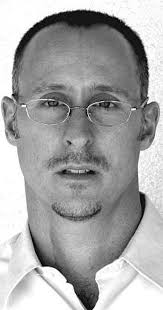 Gavin O’Connor most recently directed the pilot of Cinnamon Girl, a television series set in 1968 about a young girl from the Midwest who runs away from home to southern California and finds herself at the center of the Laurel Canyon music scene. In addition to directing, he executive produced this pilot along side Anthony Tambakis, his writing partner on Warrior, and Renée Zellweger. O’Connor also recently directed the pilot of the new television series The Americans, an espionage-drama about two undercover Russian spies raising a family in America in 1981. The series stars Keri Russell and Matthew Rhys, and shows on FX.

Prior to this, O’Connor co-wrote, produced and directed the acclaimed film Warrior, starring Joel Edgerton, Tom Hardy and Nick Nolte. Warrior is the story of two estranged brothers whose pasts collide in an elite Mixed Martial Arts tournament. Warrior enjoyed excellent critical reception and received praise for its raw, honest and authentic characters and story. For Nick Nolte, his work in Warrior earned him the 2011 San Diego Film Critics Society award for best supporting actor, as well as many other award nominations including a golden globe and an academy award nomination.

O’Connor is also developing a number of film projects with various studios. For Warner Brothers he is writing the thriller Blood In, Blood Out, and the World War II drama Victory. For Brian Grazer and Universal O’Connor is writing Yakuza, a crime drama set inside the world of the Japanese mafia. He is also adapting the 1961 acclaimed film The Hustler into a Broadway stage play, and working with Focus Features on the civil war heist thriller No Blood, No Guts, No Glory.

A native New Yorker, O’Connor began writing while studying at the University of Pennsylvania. After graduation, he returned to New York, where he began his career writing short films and plays. O’Connor made his screenwriting debut with the award-winning short film The Bet, which also marked Ted Demme’s film directorial debut. O’Connor then wrote and directed the short film American Standoff.

O’Connor’s next directing effort was the critically acclaimed 2004 hit Miracle, for Disney/Touchstone, which was also his first major studio feature. The film starred Kurt Russell in the inspiring story of the U.S. Hockey Team’s Gold Medal triumph at the 1980 Winter Olympics, including a stunning victory over the seemingly invincible Russian team.

Following the success of Miracle, Gavin O’Connor co-wrote and directed the drama Pride and Glory, starring Edward Norton, Colin Farrell and Jon Voight. The film follows a multi-generational police family whose moral code is tested when one son investigates an incendiary case of corruption and murder that involves his brother and brother-in-law, forcing the family to choose between their loyalties to one another and their loyalties to the department. Pride and Glory was released nationwide by Warner Bros. Pictures on October 25, 2008.