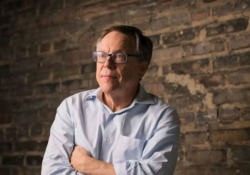 Fernando Meirelles is perhaps best known for his directorial work on the films “City of God” and “The Constant Gardener.” Born in Sao Paulo, Meirelles began to produce experimental videos with a group of friends at University, leading to the creation of an independent film production company called Olhar Electronico.

Together with his colleagues, he won the main awards in Brazilian film festivals and his company gained recognition as being a reference for independent film production at the time. Meirelles evolved from filming in video to celluloid film and directed commercials.

Over the last 10 years, without abandoning his TV productions and beginning his cinema career, Meirelles has become one of the better-known commercial film directors in Brazil. In 2000, he moved to Rio de Janeiro to select and prepare the cast for the Brazilian crime drama feature film “City of God.” The film has earned him international acclaim. “City of God” won a total of fifty-five awards, and received another twenty-nine nominations. Among those were four Academy Award nominations including Best Director, BAFTA Film Awards, and the Golden Globe Awards.