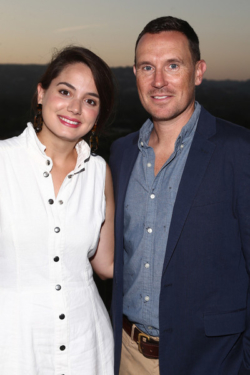 Cristina Costantini and Darren Foster are a Los Angeles based directing duo. Science Fair was the Sundance Film Festival winner of the first-ever Festival Favorite Award. The documentary follows a group of high- school prodigies from disparate corners of the globe as they navigate rivalries and setbacks to become recognized as the best young scientists in the world.

Cristina’s first TV documentary Pimp City, was nominated for two Emmys and her reporting on immigration has won awards from GLAAD and the National Association of Hispanic Journalists.

Darren is the co-creator and series producer of Inside: Secret America on National Geographic, and the Series Director of Borderland series on Al Jazeera America.