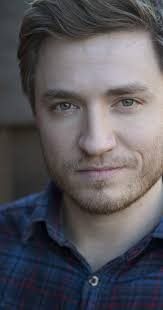 Poised to attend MIT and study engineering after high school, Clay made the decision to follow a different passion. He has been making films for the past ten years. Immediately after finishing the film production program at USC in 2006, Clay hit the road to co-direct a rock documentary about Brooklyn’s The Hold Steady. After that, he continued to work as a freelance cinematographer and director in Los Angeles, shooting music videos, award-winning shorts and documentaries.

In 2009, he returned home to his family’s tobacco farm in Kentucky to direct a narrative feature film. Jess + Moss premiered at Sundance in 2011, screened at the Berlinale and won the Dallas narrative competition. He then produced The Most Fun I’ve Ever Had With My Pants On, a narrative feature that premiered at the Seattle International Film Festival and screened at AFI Fest in 2012. Clay was selected as a Sundance Institute/Cinereach Feature Film Fellow and attended the June 2012 Sundance Screenwriters Lab with a science-fiction script he co-wrote, called Io.