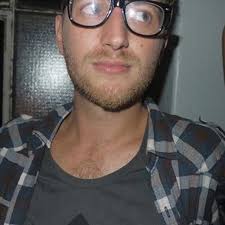 Rick Mereki has been hailed as one of the most original and exciting young directors to emerge from Australia in the last few years. His innovative and dynamic approach to filmmaking and branded video manages to imbue in his work both beauty and a modest humanistic quality.

Mereki began his career directing music videos for the likes of The Temper Trap in his hometown of Melbourne, Australia. He quickly gained success and in 2011 was commissioned to make a series of short travel films for STA Australia. Mereki put together a small team and set off around the world to make one of the most ambitious short films of all time.

The ensuing press coverage and social media hype of the resultant films; MOVE, EAT and LEARN, garnered an unprecedented amount of online attention. The films have gone onto break online records for a commissioned short, receiving a combined 25 million views online and led them to gain viral status in the process.

MOVE was honored as one of the top 5 commercial projects of the year in the 2012 Vimeo awards and Mereki was included in the Saatchi&Saatchi New Directors Showcase at Cannes in 2012.

Subsequently, Mereki has gone onto create original content for clients as diverse as Universal Records, Showtime Networks and Sesame Street displaying his versatile approach to filmmaking and clientele.

Mereki has spent most of the last 24 months living working and shooting all over the globe but currently resides between New York and Melbourne.