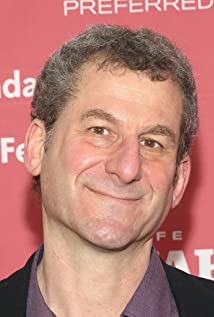 Robert Gordon is an Emmy Award-winning director and Grammy Award-winning writer. He won an Emmy in October 2017 for Best Historical Documentary for his film Best of Enemies. Robert is the author of 6 books, and producer/director of 8 feature documentaries. He has focused on the American south—its music, art, and politics—to create an insider’s portrait of his home that is both nuanced and ribald.

Gordon’s most recent documentary is Best of Enemies, a film about the enmity between William F. Buckley Jr. and Gore Vidal, and how it played out nationally on television in 1968, its ramifications shaping today’s media landscape. Other films as director/producer include Stranded In Canton, a collaboration with photographer William Eggleston, and Respect Yourself: The Stax Records Story, a story of the Civil Rights Movement and the rise of Black Power through the lens of southern soul music. Johnny Cash’s America featured interviews with former Vice President Al Gore and US Senator Lamar Alexander, and with Snoop Dogg and Ozzy Osbourne. It examines ideas of justice, penance and faith, spiritual and national, through the life of Johnny Cash.

Gordon’s first book, It Came From Memphis, careens through the 1950s, ‘60s, and ‘70s, riding shotgun with the weirdoes, winos, and midget wrestlers who were the forces that created rock and roll. Elvis was a marginal figure in that book, but Elvis’ estate, Graceland, contracted with Gordon for two books: The King on the Road, the first project to have access to Col. Parker’s archives, and The Elvis Treasures. Gordon wrote the definitive biography of blues great Muddy Waters, Can’t Be Satisfied, and his book Respect Yourself, about Stax Records—the home of Isaac Hayes, Otis Redding and the Staple Singers—was published to great acclaim in late 2013.

Gordon’s work has shown on PBS’s American Masters and Great Performances series, A&E, BBC, Channel Four, and many global networks. His writing has appeared in most major magazines and newspapers. Four of his documentaries have received Grammy Award nominations:

He won a Grammy as a writer of the essay in the 2010 boxed set, Keep An Eye On the Sky, about the band Big Star.

He lives in Memphis, Tennessee with his wife and two children.