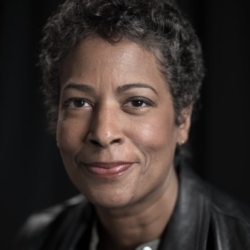 Dawn Porter is an award-winning documentary filmmaker whose 2013 documentary, Gideon’s Army, won the Sundance Film Festival Editing Award, the Tribeca All Access Creative Promise Award, and was nominated for an Independent Spirit Award and an Emmy. The film broadcast on HBO in July 2013 and has been used to engage local communities about indigent defense, the U.S. justice system and socioeconomic influences on crime. Dawn’s other films include Spies of Mississippi (2014, PBS) and Rise: The Promise of My Brother’s Keeper, a documentary film chronicling President Obama’s program to help young men and boys of color succeed. Dawn interviewed President Obama for the film, which aired nationally on The Discovery Channel and The Oprah Winfrey Network (OWN) in 2015.

Dawn’s latest project, Trapped, explores the impact of laws that regulate abortion clinics in the South. The film coincides with the U.S. Supreme Court’s 2016 decision to rule on a constitutional challenge to Texas’ HB 2 law, which places unprecedented restrictions on abortion providers in the state. Trapped premiered at the 2016 Sundance Film Festival in Park City, Utah, where it won the Special Jury Award for Social Impact Filmmaking. During the festival Mashable named Dawn to its list of “10 Female Directors to Watch in 2016,” which also included Jodie Foster, Angelina Jolie and Niki Caro. Dawn is a Keppler Speaker. She has appeared on The Daily Show with Jon Stewart, and is a returning guest on MSNBC’s Melissa Harris-Perry Show.