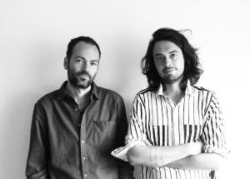 Salazar Film is a commercial and documentary director/producer team concentrated on documentaries and commercials, with an emphasis on telling unique stories of individuals and their communities, capturing sublime landscapes, and experience filmmaking as an integrated part of life.

As a directing team, Salazar has experienced a broad have filmed world-renowned kinetic artist Theo Jansen on the beaches of Den Haag, traveled to the deep south shooting over 1500 portraits of LGBTQ Americans for the project ‘Self Evident Truths’ and have told the story of the only Muslim professional sumo wrestler living in Tokyo. Their documentary work with Warner Brothers recording artists Tegan and Sara even garnered them Grammy and Juno nominations.