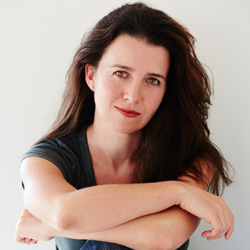 Celeste is a Walkley Award winning filmmaker. She produces and directs intimate, character based documentaries and directs high end brand campaigns with social agendas. While the advertising work sharpens her storytelling skills, Celeste’s documentary practice brings authenticity and insight to her commercial projects. Across all platforms, Celeste seeks to distill raw moments of courage and beauty in unexpected places.

In 2018 Celeste directed the Victorian re-imagining of the iconic “This Girl Can” Campaign for Vic Health. In 2016/17 Celeste directed major brand campaigns for ANZ, Medibank “I am Better”, Women’s AFL and TOM Organics. ANZ “Pocket Money” won gold and bronze Lions at Cannes and to date has reached 1 billion people.

For broadcast TV Celeste was a shooter director on “Keeping Australia Alive” ( ABC TV, 2016 ). She was also a director on the SBS series “Filthy, Rich and Homeless “ (SBS, 2017) and a Catalyst Science Documentary on Sleep (ABC TV)

Inspired by the infinite possibilities of human existence and the universality of our strengths and frailties, Celeste’s own films have screened widely and won awards. Most recently “Then The Wind Changed” won the 2012 Walkley Award for Best Documentary, the 2013 AACTA Award for Best Documentary Under One Hour and was nominated for a Logie in 2012 for Most Outstanding Factual Program. Earlier films include “Mick’s Gift” (ABC TV 2002) and “Veiled Ambition” (SBS 2006).